The matches have been played, the VODs are in the casters’ hands, and the stage is set.  In roughly 7 hours from the time I post this, the Prismata Cup finals will be aired.

The Prismata Cup is a merit-based tournament open only to high-rank legends. 32 incredibly good players—likely the strongest field of any Hearthstone tournament that has taken place thus far—competed in a competitive 5-round Swiss format, with those having 4-0 or 4-1 records advancing to the single elimination finals that will be broadcast today.

Tempo Storm Gaara, one of the finalists, claims that this tournament produced the best matches ever recorded in Hearthstone history. Having taken a peek at the VODs myself, I couldn’t agree more. If you watch one Hearthstone tournament this year, watch the Prismata Cup finals. Below are five reasons why:

Reason 1: The level of play is insane

This goes without saying, given the talent present in the tournament. Below are the six finalists, who finished ahead of names like Reynad, Trump, Firebat, Hyped, Luigezz, Gnimsh, Forsen, and Backspace.

Reason 2: Every class is represented

Seriously, every class. Even priest. And there were THREE paladins! 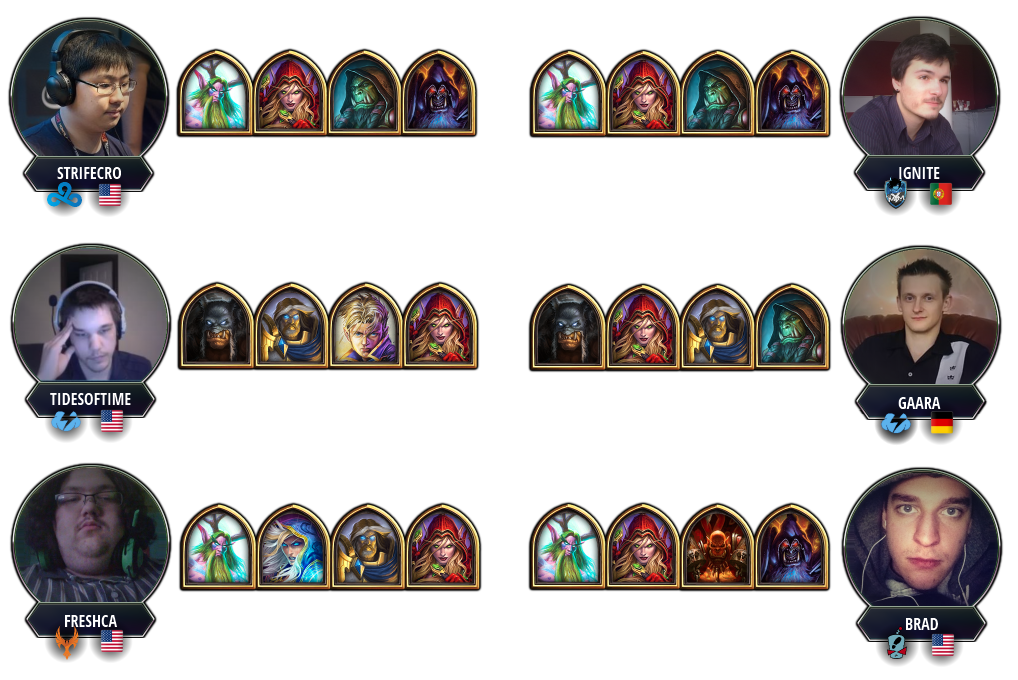 Reason 3: The showboating will drive the twitch chat wild

Though the players did not use microphones while playing, their screens were recorded. Knowing that they would be streamed, some of them found some clever ways of getting through to the audience. You won’t want to miss the chat’s reaction.

This is what the live updating decklists look like. Boxes darken as cards are drawn. A half-darkened box means that only one of the two copies remains in the deck.

Reason 5: The single greatest game of Hearthstone I have ever witnessed

Part of the Prismata Cup rules stipulate that before the top 6 players begin playing the final rounds of the tournament, all of their decklists are revealed to one another. This rule—a mainstay of Magic: The Gathering—was instituted for fairness, so that players on teams couldn’t obtain an advantage if their teammates secretly delivered “scouting information” on a player’s upcoming opponents, obtained from matches in earlier rounds. Revealing all of the decks ensured that all games were played on a level playing field.

However, the deck reveal also had one unintended, brilliant consequence: in games that went to fatigue, players knew what their opponents held in their hands. Exactly. To the card. This resulted in several interesting and highly tactical “endgames”, in which players jockeyed for position, matching each other card-for-card while attempting to out-calculate one another to be the last one standing.

But one game blew all of the others completely out of the water. I will never forget it, and neither will you. I really don’t want to spoil anything, but I can’t resist sharing the following teaser: 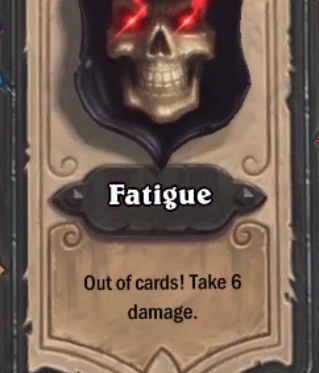 This didn’t just happen to one player. It happened to both.

The last few turns of this game may downright bring you to tears. I’ve played Hearthstone intensely since the early days of the beta, but this single game has given me a completely new understanding and appreciation of how deep Hearthstone truly is. The situation in question could could never have happened without the decklist reveal rule, and you’ve probably never seen anything like this before. But it will blow your mind.

You need to see it.

And you’ll want to be there live, when the twitch chat erupts into a crazed frenzy.

The Prismata Cup airs tonight on twitch.tv/itshafu at 6:00pm EDT, casted by Trump and Hafu.