There’s a lot to talk about on the blog this week. I spent much of the past week assisting with some much-needed server improvements (and neglecting the blog accordingly) so I’ll be getting caught up by posting several articles this week (I’m aiming for three more posts in the next week, but we’ll see how that goes…).

Today, I’m going to speak rather generally about a bunch of different topics, and I’ll follow this post up with two other more in-depth postings later this week.

You may have noticed that two new single-player puzzle missions were added to the Prismata alpha last week—Lucina’s Rage and Cluster Conundrum. For the time being, these can be found in the “Tier 4a” Master Challenges in Combat Training. 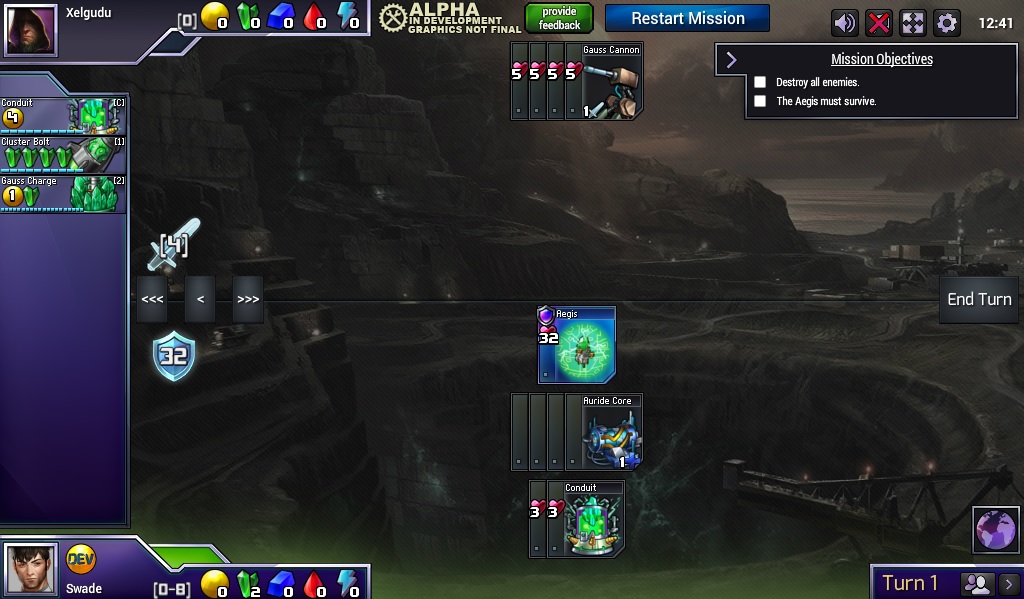 The Cluster Conundrum puzzle mission, available now! This puzzle was the inspiration behind the recent Cluster Skirmish event from earlier this month.

Lucina’s Rage and Cluster Conundrum are previews from a puzzle collection that we’ll be debuting next month. I encourage you to give them a try! A small warning: many players will find them quite tough!

A number of other remarks on puzzle content will be posted early next week, alongside an announcement of the forthcoming puzzle collection, our new difficulty scale for puzzles, and much more.

The following two units will undergo balance updates this weekend:

Redeemer – Cost decreased from 9GGB to 8GGB, but your opponent now gets 6 Gauss Charges instead of 5 Gauss Charges. We’ve mentioned before that Redeemer’s design makes it uniquely difficulty to balance, because there is a huge amount of situational variance in the strength of an undercosted unit with a drawback that doesn’t manifest until several turns after the unit is purchased. Though it doesn’t exhibit a strong p1/p2 imbalance, we nevertheless feel that the current (9GGB) Redeemer is still a bit too forcing as an early-game purchase and too influential in the manner that it affects openings, so we’ve aimed this change at slightly reducing the unit’s power in the early game, while still making it viable in most matches. We considered a number of other options for the unit—chief among them, a strict cost nerf from 9GGB to 10GGB. However, we felt that such a nerf might have been unnecessarily harsh, so we have softened it by effectively removing an Engineer’s cost from the Redeemer while giving the opponent an extra Gauss Charge. (Think of it like this: if you buy an Engineer alongside the new 8GGB Redeemer and use that Engineer to defend against the wave of Gauss Charges, the end result will be similar to a 10GGB Redeemer that creates one less Gauss Charge.) With that in mind, we might revert to the [10GGB, 5 Gauss Charge] version later if the [8GGB, 6 Gauss Charge] Redeemer turns out to be too strong. However, we look forward to deploying the 8GGB variation to the alpha server for the time being.

Corpus – The cost of the unit’s click ability has been decreased from 5R to 4R. Upon investigation, we found that the current Corpus was seldom being clicked, so we’ve decided to test out a substantial buff of the unit’s click ability. Our initial pricing of the ability at 5R was somewhat conservative (we’ve never felt that red defenders should be particularly cost-efficient), but after reviewing the unit, we’re confident that a more aggressively priced click ability will provide better gameplay by giving players a reason to keep their initial Corpus alive beyond the turn when it is first purchased. Even at 4R, the click ability is still weak when defense is urgently needed in high-pressure situations. We investigated reducing Corpus’s stamina to 1 to guard against overly defensive use of the unit as a source of damage soak, but we’re going to try a 2-stamina version of the unit first and see what happens!

These changes will go live on Friday.

We feel that we’re very close to achieving final versions of most of the Prismata units, but we’re still testing a number of possible tweaks to a few units here and there. Future balance patches in upcoming months will happen gradually and will likely affect smaller numbers of units. Of course, we also have a few more units to unveil…

I’ll be posting a separate article later this week, in which I’ll discuss our plans for finalizing game balance in a bit more detail. Look for it in a few days.

If you missed out on the Prismata Masters grand finals, the VODs are available and some incredible Prismata games are featured. Skip to 1:58 if you’d like to see the match whose blueprint set was featured in this week’s event.

(Incidentally, if you’re curious as to what the deal was with that Vendium Scrap from the event, all will be revealed later this week!)

This mysterious item of questionable value made its appearance in last week’s event. What is it?

We’re currently in the testing phases of our final big update to Prismata’s collectible system before beta. Changes will include the following: 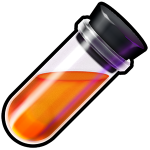 We’ll be showing this stuff off in a video next week, with deployment in early June.

That’s all for today, but I’ll be posting several more articles in the next week or so:

Keep your eyes peeled for them.